An official press release circulated yesterday announced a series of developments pertaining to Hello Binary, an important player in the binary options scene since 2010, focusing primarily in the provision of software solutions for binary options white labels. The first development announced is a change of name since Hello Binary will from now on be known as Hello Markets, while the company also announced its intention for further expansion into the global financial markets through an international launch which features both the development of new online trading products, as well as new technology acquisitions.

Since 2010, Hello Binary has held an important position in the world of software solutions thanks to its binary options online trading platform technology, which proved extremely popular and successful, boasting an annual growth of over 450% and 110 active platforms across the European, Chinese and Russian markets. Having attracted the attention of major players in the financial markets establishment and inspired by the success of its current offering, Hello Markets decided to launch an upgrade in order to include a realtime management interface which consolidates all financial products and services, optimises user control and boosts performance.

The resulting complete turnkey package is anticipated to greatly increase the success chances of future brokers thanks to its flexibility and customised monitoring services. According to the press release, Hello Markets is committed to an online platform implementation lead-time of 3 weeks, ready for trade, and an exclusive partnership system.

The absorption of Hello Binary into Hello Markets has also resulted in the development of a line of seven new products integrated into a single trading station, which will gradually become available throughout 2015, aiming to help the company increase its access to the global online trading markets. The wide range of newly-developed products includes forex, binary options, meta- derivatives, financial calendars, signal bots and social trading. Of these, it should be noted that binary options and meta- derivatives are already available online, while the others will soon follow.

As part of its international expansion Hello Binary had already opened offices in Cyprus and Hong Kong. This new direction in the company’s strategic development continued into a growth strategy materializing through multiple acquisitions over the past six months and culminated with the developing a new full control financial solution. As pointed out by Wassim Khateeb, Director of the Hello Markets office in Cyprus: “ We have acquired a technology business, a regulated company, a market-maker, and an association of metal brokers in Asia.” 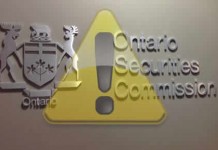