In this week’s Executive Interview, we speak to CEO and Founder of Banc De Binary, Oren Laurent, as he explains his viewpoint about Standing out Among the Binary Options Crowd.

Tell us about yourself. Where did you go to school and work in the past and how your company started.

What does cySEC do?

CySEC legitimizes binary options. CySec gives it a license and classifies it as a financial product whereas a lot of financial products in the past were introduced into the markets and were classified as gambling. CySEC legitimizes Binary Options as a financial product and gives us a chance to trade ourselves as an investment house and not as just another online platform. Being an online platform is being another website, is being another marketing product, another thrill for a thrill seeker and that’s not what we are. We are a proper investment house, we’ve always looked at ourselves as a proper investment house, we’ve always referred to ourselves as a proper investment house, and now we have the government body to back that up, so cySEC gives us absolute legitimacy in the financial market. It also allows us to passport this license into 27 nations, the European Union, where, you’re classified now as a financial institution. Past the fact of legitimacy from a marketing point of view the most important part of it is that now clients can rest assured that their funds are safe and being held in segregated accounts, which they were before, but now there’s proof to it. Now government institutions will finally start to recognize Binary Options as financial products, classify them as financial products and recognize them for what they are, which is an innovation in the financial markets. Now a lot of arguments can arise saying wait a second, so many financial products were introduced into the markets, so were mortgage bank securities that were a financial innovation. Anybody who knows the story behind mortgage bank securities will know that it was very simple, it was taking a mortgage, making it into a traded product, trading it, and sending it on to other clients. Or you can classify something else, for example life insurance policies were made into financial products, not too long ago, a few years back, which was you could buy a life insurance policy off someone, you would measure how much time he has left to live and you would estimate you would cash in X amount of time that he has left to live and give him cash today. And that in turn was turned by Dean Witter into a financial product.   They were called Life Bonds. Each financial product being brought into the market is always being argued, why? Because of the aristocrats of the market, saying let’s stay with the old school stocks, bonds and commodities and so on, lets not get too complicated with it. And on the other hand you’re looking at entrepreneurs such as myself that know that in order to survive in the financial markets you have to innovate and recreate at all times. We are an online company but we have a huge offline presence, which has to be probably my most important feat up to date, saying that being online is one responsibility, but there has to be a huge offline operation that backs it up. Most online companies are a smoke screen, you can also see Binary option companies that operate under a smoke screen, you do not see a board of directors, nor do you see regulation, nor do you see the CEO, you have no idea where they’re located, what they do, what’s behind them. Most Forex companies also operate under the same smoke screen. Banc De Binary decided from the get go that we would not. That we would be completely transparent from A-Z. That also allowed us to receive a lot of scrutiny from both clients and other companies out there that you can see don’t like us very much because we’ve changed the game, we figured that transparency is Key. We took what the big boys were doing on Wall Street and innovated it to the online world. There’s definitely a lot of scrutiny on us at all times. Whereas with other Forex companies clients don’t even have the ability to complain here they have a platform. So sometimes you get the kooks, sometimes you’ll get real honest hard-working complaints that can be handled properly, and that would have to be the largest advantage that we have on our competitors is you can even call them competitors today in the Binary Options field. But when I say competitors I’m mostly referring to the Forex field today.

You’ve already differentiated your brand today even without regulation. How do you see this playing out as other Binary Options companies move to get regulation for themselves?

The main force that we bring to the table is again innovation, not only in the Binary Option field but also in everything around it, not only do we lead the field in terms of the financial products that we produce but also leading the field in everything around, meaning we want to create an environment for the client where the client chooses the environment in which he wants to trade, I want the client to tell me how he’d like to trade and I want to create that environment. It’s a long process but it’s already taking place, the wheels are already in motion, and we will create that environment by the end of 2013 where you will see that the website and so on is not shifted to our needs but to the clients’ needs. Another very important fact when it comes to leading and so forth is the way that we brand ourselves. Again, we do not brand ourselves as an online company; we brand ourselves as an offline company. That, of course, comes with a lot of responsibilities, a lot of them have to do with extended customer service, always speaking to a live agent, always speaking to a live broker, always having that personal touch which other companies can’t afford, or don’t see the need, which is very sad because customer service and live agents and human interaction are key today, especially today in a world that is virtual, you’re dealing with clients funds, the customer want to know that there’s someone real, he needs the personal touch.

I started off as a broker, in various companies, whether Goldman Sacks, Credit Swiss and so on. I started off working for companies that had a massive amount of employees. When I reached the point where I could go off on my own, one of my first decisions was to create a work environment where I would want to work, where I would want to be at. Something that would make me want to get up and go to work every single day, whether my back ached or my leg fell asleep or whatever it was, not just a 9-5 but where I’d want to be at work. I found that the main thing that drives people is not only the pay, money aside it’s the creativity that you can bring to the table. If I can allow anyone to release his creative demon then the feeling of fulfillment is there and I’m brought ideas that I’d never have had. My concept was always very simple, it wasn’t that I could do everything, I just followed what the big guys did, and I just followed in their footsteps. The lesson I picked up along the way was always put people that are more intelligent and more creative around you and you will succeed. 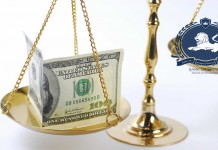 Massive $11 million settlement between US authorities and Banc de Binary