The most common piece of information you’re likely to find out about gold is that it is regarded as a safe-haven in times of economic turmoil. Often referred to as a “risk-aversion basket”, the precious metal tends to attract investment when traders are either worried about imminent inflation, or a broader financial crisis. In this way it is used as a “hedge” against undesirable events. But as with everything else on the global financial markets, it is not quite as simple as that. Just because traditionally people have flocked to gold in times of upheaval, it doesn’t necessarily mean that this relationship is fool-proof at all times.

Traders who blindly bet on gold in times of crisis can be surprised to find that the relationship between gold and economic turmoil is much more complex than they initially thought. It can in fact work the other way in certain cases. For example, the magnitude of the crisis in question, as well as its specifics, can cause holders of gold to behave in different ways. If the crisis is so serious that these people need to raise capital, a crisis can actually act as a spur for a mass sell-off of the precious metal and a subsequent drop in price.

The historical relationship that gold has with inflation can also catch traders by surprise. When inflation is feared investors tend to flock to gold. The increase in demand leads to an increase in price. The same is true when interest rates rise, interest rates are one of the main tools central banks can employ to combat the effects of inflation. When central banks raise interest rates, or even when imminent rises are anticipated by traders, gold also experiences an increase in activity, and thus value. But as with any rule, there are exceptions. India has a very large consumer market for gold, and its enormous population is enough to make Indian consumer demand a big mover and shaker on the global gold market. Surprise hikes in interest rates can catch the gold market unawares and lessen the degree to which gold can be used as a hedge. In addition to this is interest rates are raised high enough they can stymy consumer activity by adversely affecting individual spending power and demand for consumer goods. This, in the case of India, inevitably leads to less readily available capital for purchasing gold items and so, somewhat counter-intuitively, the price of gold drops.

The relationships that currency traders should look out for when indirectly trading on gold are AUD/USD (as explained in an earlier post) and USD/CHF. The main reasons for these two pairs having statistically significant correlations with the price of gold are that one is related to production and the other is related to physical stores of gold. Australia is a big gold producer and exporter, so its national currency is very much connected to the demand for gold. The Swiss franc, on the other hand, is backed by gold. Up to 25% of all the Swiss francs in circulation are backed by stores of gold bullion in Swiss vaults; this connects the Swiss economy to the precious metal in a big way. In addition to this, owing to Switzerland’s historical neutrality and its secure banking system, the franc is regarded as a safe-haven currency in the same way that gold is a safe-haven commodity.

The US dollar is historically negatively correlated with the value of gold (making the above pairs extremely useful as gold surrogates both for binary and forex traders). The U.S dollar’s relationship to gold is somewhat most complex though. USD will be covered in a separate section of its own due to it being the world’s reserve currency. 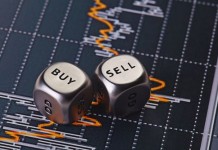 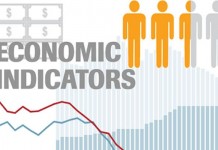 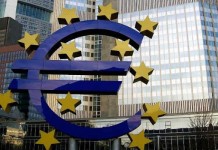