The eToro social trading network is in a constant phase of being enhanced in scope and functionality, with improvements and additions being launched on a very regular basis. In February alone, the team at eToro has introduced the concept of Copy Dividends, thus enabling copiers to receive the profits of the traders they are copying, in real time, while copying them and not having to end the copy relationship to receive the profits, as the case was so far and it has also launched the feature of One Click Trading, that makes placing a trade super-fast by pre-determining the various relevant parameters.

The beginning of March signals another improvement to eToro’s offering, as it was just announced that the new eToro Web version brings back the functionality of external sharing. As a result, traders will once again be able to easily and quickly share posts from the feed by pressing the Share tab, as shown below:

Another option for sharing is through using the Quick Share widget located on the right of the Full Post page:

The new instant sharing functionality also works on the mobile version, also catering for those eToro users who prefer to trade and network on the go, through the relevant screen:

Being able to seamlessly share is a core functionality for the social aspect of the social trading network and further additions and improvements to this feature will be announced in the near future, such as sharing Market and User pages, which will enable users to share better and more than ever before. 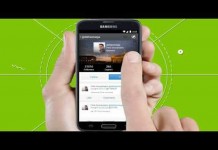