Many of the brokers we have spoken to are reluctant to refer to a 60 Second strategy in its own right. They typically consider 60 Second trades to be specific tools that binary traders have at their disposal to unlock certain positions that would not be possible at longer time frames. Essentially 60 Second trades can be used in tandem with other trading strategies depending on the specifics of the market being monitored. What they have all have in common is the ability to repeatedly capitalise on an asset’s change of direction and to make an in the money trade in the short time between fluctuations. This is particularly useful in the case of momentary reversals. What truly differentiates 60 Second trading from trading at any of the longer timescales is that positions can be taken at times of extremely high uncertainty. 60 second trades really come into their own when an asset’s price action can be too choppy to safely place a longer position. This is because binary traders can get in and out of a trade in the time it takes the market to react and begin to move the other way. When these types of trades are combined with a solid trading strategy and strictly observed risk management parameters the results can be extremely profitable.

The above example is a textbook 60 second trade that would have eluded a trader monitoring at a longer timescale. The market has been ranging for some time, with traders uncertain about the positions they want to take. There are no high impact economic events taking place, so there is precious little happening to catalyse movement. In this instance the trader doesn’t rely on any technical indicators as the price action is taking place firmly within the bands. Nevertheless as soon as the market begins to take a position the trader begins to repeatedly place consecutive PUT trades. This is done until the strike price becomes unattractive or until one of the last trades placed appear to waver around the strike price (i.e. looking likely to lose). In this instance 8 of the 10 PUT trades finished in the money.

60 Second options are one of the big advantages of trading binary options but they should be placed with care and always as part of a wider strategy. The quick feedback they provide can be very addictive and can lead to traders overextending themselves without even realising. However when used in a focused manner they can be surgical in their precision and should be a part of every binary trader’s repertoire. 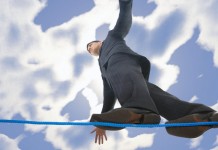