Due to its rapid expansion, the Forex market in Germany is currently one of the most important and influential foreign exchange markets worldwide. The state banks, known in German as Landesbanks, as well as the various hedge fund institutions are those which determine the functioning of the foreign exchange market in Germany via regulations, policy decisions and limitations. However, German residents can have easy and quick access to the forex market though the numerous forex brokers operating in Germany.

A big proportion of the global forex trading volume is generated by the German Forex market and due to this fact, this industry has gained greater importance in terms of its contribution to the overall German economy. Moreover, it is of paramount significance, due to its size and trading volume, in determining global exchange rates. The principal players and stakeholders in the German foreign exchange market are the Central Bank, commercial companies, hedge funds, Forex brokers, authorized banks and investment management companies.

Indicative of Germany’s significance in the global forex market is the fact that the Deutsche Bank is responsible for over 19% of foreign exchange trading worldwide. The three most popular foreign currencies currently traded in Germany’s Forex market on a daily basis are the Japanese yen, the British Pound and the US dollar. Nevertheless and perhaps not surprisingly, the most traded currency pair is the EUR/USD, which accounts for most of the trading volume generated by Forex traders in Germany.

The decentralized nature of the foreign exchange market in Germany which allows numerous 3rd-party participants to participate in it and carry out a wide range of transactions, is one of its greatest advantages. Indeed, the introduction of what came to be known as the multi bank forex portals was one of the factors fuelling the immense growth of the forex market in Germany, since through this set up forex trading became more easily available, promoting the sunergies and cooperation between banks and other companies are having a direct impact on increasing trading volumes.

Another factor which contributed to the booming of the German forex industry was the prevailing and dominant position enjoyed by the former German national currency (before the introduction of the Euro) the Deutsche Mark. Indeed, up until its abolishment the Deutsche Mark was amongst the best performing currencies in the world and its success was also backed by the increased popularity enjoyed by the German Bonds when compared to Bonds issued by other national governments. One should also bear in mind the existence of certain financial organizations, such as for example the Deutsche Börse, which have had a major contribution in appreciating the exchange rate of the Deutsche Mark against the other main currencies in the world. Perhaps the most profitable stock exchange in the whole of Europe is the Frankfurt Stock Exchange, which is owned and operated by the Deutsche Börse, and it constitutes an example of how the excellent performance of certain organizations has allowed the German Forex Market to return to the economy amounts much greater than the worth of the investments carried out by its investors.

The Federal Ministry of Finance of Germany, acting in its capacity as the overarching authority set up in May 2002 the Federal Financial Supervisory Authority (BaFin) and tasked it with the carrying out of the supervisory and regulatory role of financial activities in Germany carried out by banks, insurance funds and all types of financial services providers, including of course forex brokers as well. However, to be able to effectively carry out its role, the BaFin was granted independence which also extends to its own finances. Thus, it does not depend on the Federal Budget but ensures its funding by the payments of the dues levied on the entities it supervises and regulates.

From its two seats in Bonn and Frankfurt and aiming to act in the best interest of the public through ensuring the smooth functioning as well as the stability of Germany’s financial system, BaFin also tries to prevent any illegal businesses and transactions from occurring in the German financial system, while also enforcing the upholding of high levels of professional standards.

Germany has often been characterised as theeconomic and financial powerhouse of the whole of Europe and this is only natural since it is undoubtedly the strongest economy in the Eurozone. As such it is home to a great number of forex brokers, both homegrown or foreign which compete for the custom of traders.

The list below contains examples of trusted forex brokers which currenlty operate in Germany. Some of these are local German companies while others are foreign companies that have established branches in Germany for the purpose of attracting the custom of Germany based forex investors and traders.

Varengold FX is a CFD and forex trader that is located in Germany, where it was first set up in 1995 as a truly homegrown German forex broker. Varengold Traders who open an account withVarengold FX can trade on one of its 6 different trading platforms that range from the time-tested and easy to use MetaTrader4 platform to the more professional trading platforms such as FXSTAT, which is particularly used for autotrading.

Another prime example of a truly homegrown German foreign exchange broker comes in the shape of IS Trading. The clients of this particular broker can trade forex and CFD via four different trading platforms. One of the most distinguishing features on the IS Trading platforms, is strategy trading which in reality allows traders to either use their own strategies or alternatively to deploy strategies which they can find on the IS Trading Strategy Center, posted there for their use.

Operating in Europe and regulated under the EU’s MiFID protocol AvaFX offers traders the possibility to trade on several trading platforms such as AvaJava (AvaFX’s proprietary web-based platform), the AvaTrader which is the customized version of the ActTrader platform, and the well established and popular MT4 platform. Moreover, AvaFX follows a very generous policy when it comes to awarding bonuses to its clients making it a very attractive option to prospective customers, coupled alsowith its partnership with Zulutrader, which renders it one of the earliest brokers to introduce autotrading services to traders.

Operating from its base in Estonia but operating under the regulatory framework of EU’s MiFID, Admiral Markets is a broker offering its European clients the chance to trade forex on platforms via their computer, but also on the go through a mobile platform. Admiral Markets has a German speaking site offering German traders webinars, video tutorials, and an educational centre for forex learning complimented by a complete Analytics section which provides illuminating insights into specific aspects of forex trading. Potential investors might be particularly drawn to the Admiral Markets platform due to its trademarked feature called the ForexBall, which essentially is a pool of funds worth $541,000, acting as prize money for numerous forex trading contests which are run on their trading platform.

Markets.com is a prime example of a foreign brokerage that is however fully licensed and allowed to offer its services in Germany and to German forex traders. This is because, Markets.com and its parent company Safecap Investments Ltd are based in Cyprus and are licensed and regulated by the local regulator, the Cyprus Securities and Exchange Commission (CySEC) as well as being signatories to the MiFID protocol, which provides for regulation of all financial services businesses based in the European Union.

Another example of a foreign broker, which however can and does accept German traders, who as EU citizens can easily open forex accounts to trade through without excessive bureaucracies when it comes to providing identification documents. What makes Plus 500 a particularly attractive forex brokerage is the fact that it grants traders the famous no-deposit forex bonus, which entails that traders get $100 in free money credited into their live accounts.

Of course our list provided above and given the importance of the German economy in general and the significance of financial services and especially foreign exchange trading as an industry in Germany, the number of homegrown as well as foreign based forex brokerages offering their services in the country and competing for the custom of German traders, is set to grow and expand. Make sure you check back soon to find out if we have added others to our list or browse our other forex sections such as our top forex brokers comparison table to acquire further information and knowledge and be able to take a really wise decision when it comes to choose your forex broker in Germany. 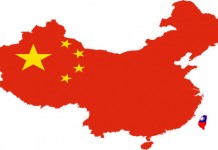 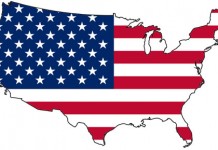